How to use a proxy in Guzzle?

How do Kubernetes and Docker work together?

How to override model in Magento 2?

Why Are We Still Using Email?

45 years ago the first email was sent and there was no limit to human joy. In 1994, a 37-year-old New Jersey resident admitted to the NYT: “If you don’t have an email, then you’ll probably get over 40 and very soon you will be a social outcast” Slack). Everyone was fascinated by email. They made films about it (You’ve Got Mail, 1998) and sang songs (Britney Spears “Email My Heart”, 1999). The golden time, when the main reason for accessing the Internet was only a mailbox check.

Email is loved for being neutral. And for that, then they hated. In the 90s the opportunity to send a letter to anyone fascinated and most of all admired by the fact that the letter will be 100% delivered and the recipient is more likely to read it.

In this regard, very soon email has become the main tool of sales and marketers. Mailboxes were quickly overwhelmed with letters from unknown people and companies offering to buy, visit, try, sign up, win, but more often still buy, very profitable, cheap and discounted. The speed of filling the inbox was just phenomenal. Mail checking has become a daily routine for removing annoying emails.

Gradually, postal services began to improve the filters, but spammers did not lag behind and optimized the message texts. After some time, notifications from social networks were added to all this. First, only Facebook, then Twitter, VK, LinkedIn, Instagram and rushed. The habit of checking the mailbox has remained, and there have been dozens, hundreds of times more letters. Today, no one praises email or composes songs about it. He became a problem, a  cause of stress and irritability, a relic of the past, from which it is not clear how to get rid of. There was even an expression – the tyranny of email.

Business gurus today give advice on email management, and in IT circles it has become fashionable to brag about how “I can control myself and check email only 2 times a day.” And this is indeed an achievement, because, according to the study, an office worker checks his inbox on average 77 times a day, and there are cases when some paranoids do it 343 times a day. Another study claims that every time a person looks at a pop-up notification of a new letter, he needs 64 seconds to recover and concentrate again. And, of course,  everyone says in chorus that email kills productivity, the joy of life makes you nervous and feel guilty.

It is logical to assume that email as a service should die soon, it is not a tenant and is on artificial life support. It is only needed to confirm the registration and restore the password. Increasingly, one can hear that a start-up has appeared in the Valley, who sees it as his duty to replace e-mail and save the suffering people.

However, as one researcher said, email is the internet cockroach. Killing him is not as easy as it sounds. And there are several good reasons for this. 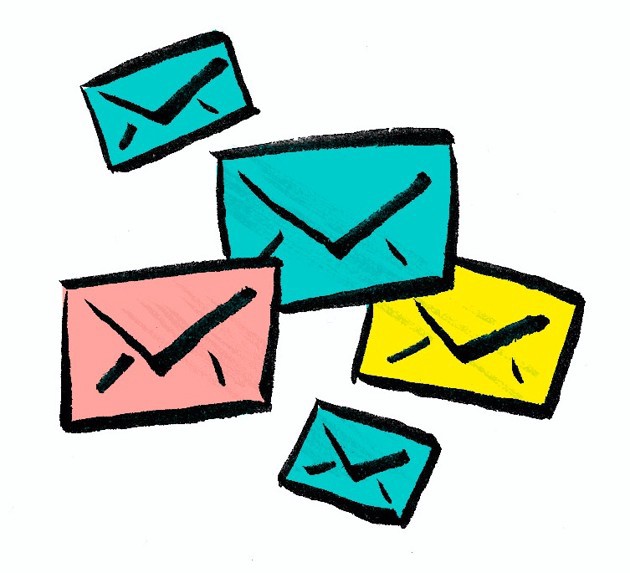 The Internet is not the same. Previously, the world wide web was associated with the words page, read. Now -  tape scroll. Previously, one could only enjoy reading what the authoritative publications were writing, and now everyone has the opportunity to make their own website or blog and write their own news, articles and deep thoughts.

The Internet has become available. Freedom turned my head: “That’s it! I can read what I want, I can write what I want, and no one will control how I consume information. ” But it was only an illusion of freedom since the democratization of the Internet brought with it new rules and conditions.
The network has evolved from static into a dynamic, ever-changing, moving stream. In this flow, the importance of information has been evaluated in terms of its novelty. Today, the average life expectancy of news is half a day. A regular user spends a maximum of two minutes reading an article. Attention question: how much the author can afford to spend time writing one post? He has no choice – he must do it very quickly.

Now on the news sites, you can notice a trend: something is happening, they write briefly about it (“in the village of Ivanovo the tractor driver drank seven bottles of vodka”), and in the end read “our reporters are working on this story, it will be updated Additional Information”.

And rightly so – first write at least a name, and then understand. If they decide first to find out the details of this amazing story in order to write a full-fledged article, then someone will definitely be faster. Even if for a couple of minutes, then all – the traffic is gone. And with it the profit.

The motto of the modern Internet is  “Faster! More! Even faster!”. Writing voluminous and complex texts became unprofitable, and the network of fast-food restaurants flooded. There were, of course, large and expensive establishments, but with the pace of modern life, not everyone has enough time for them.

And what should the user, who stands on the shore of this huge turbulent flow, do? He has only one choice: jump into him or remain to stand and watch others flounder, trying to embrace the immense. Both options are not very. On the one hand, I don’t want to fall out of life, on the other hand, the stream today is so powerful, it absorbs not only news but also tweets, status updates, photos, check-ins, videos, reviews, that if you dive in there without thinking, it’s not easy to get out .
Most of all despair is that this mass of information is infinite. As they say, it is easier to read “Ulysses” by James Joyce. The news feed is infinite, scrolling is infinite, and there is 80% of garbage and noise on the Internet. No matter how hard the user tries, he will still lag behind. Not surprisingly, the concept of FOMO (fear of missing out) was first used in relation to a handful of Internet-dependent hipsters, and now almost any web user can say: Sometimes FOMO covers me. 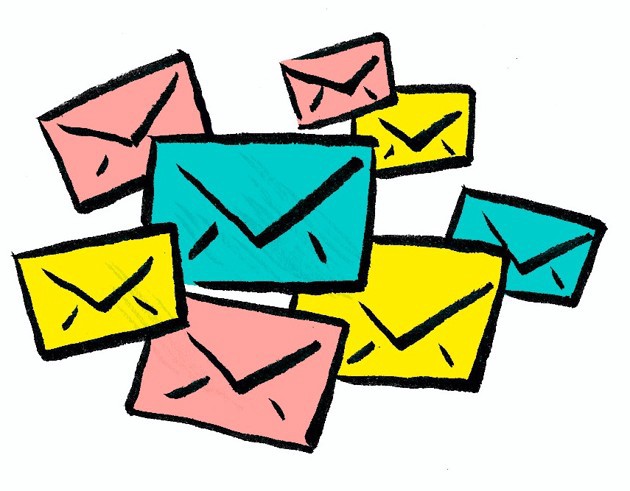 Neither alive nor dead

What to do? How to keep abreast of what is happening in the world and in the network, without spending half a working day on it, and then another midnight? There is one radical service that today is becoming popular among a large number of Internet users. His name is email. Namely email newsletters.

It is important to understand the concepts. In Russian, the newsletter is a company newsletter. This is done by PR managers. In English, the newsletter  is any newsletter on any topic. This may be a weekly selection of the most popular articles of a site, or an author’s newsletter, telling with a certain periodicity about news in a particular area (finance, technology, games, social media, fashion), or, for example, an entertainment newsletter with the most funny videos, pictures and quotes.

The newsletter can be presented as a list of links – a digest, or as a full information block. In the first case, the user must click on the link to the source site, in the second case – optional. The main charm of all this is that someone has already done all the dirty work and chose the most important, interesting, popular and fun.

Good newsletters are worth their weight in gold: they save time and save nerves. Many are tired of the endless stream of information, and something completed in the mailbox calms and makes a little order in the surrounding chaos. The user opens the letter, he knows that this is not spam, he himself has subscribed to this newsletter, he knows what he is, maybe he even waited for him, and most importantly, he knows that he has an end. That is why it is appropriate to call email – the cockroach of the Internet. Having adopted the new rules of the game, he perfectly adapted himself and is not going to leave anywhere.
If you continue the flow analogy, then newsletter authors are fishermen who know how to throw a net and where to do it to catch the fattest fish. A user, dry and unharmed, is sitting at this time on the shore, doing his more important things and waiting for the next portion.

It may seem that a return to email is a movement back, retro style, nostalgia for the past, but this is not quite so. All Internet users have a similar digital hierarchy. First comes the e-mail, because it is about me and about me and because you can control what is happening and regulate the incoming information. Then follow the social networks, where we communicate with friends, relatives, colleagues, and then the rest of the Internet goes with all its diversity.

There are no email replacements in this understanding. It remains an antisocial service, retaining in itself such important for modern man traits as privacy and finiteness. What will happen next is difficult to predict. However, it can be said for sure that those who believe that email will die soon will have to wait for quite a while.

How To Disable Email Notifications About WordPress Automatic Updates
Would you like to turn off email notification about automatic WordPress update? By default, WordPress sends email notifications to inform you that security updates have been installed on your site. Recently, a reader asked if there was a way to disable these e...
Google Urged The Use Of The URL Settings Tool
During the last hangout for webmasters, Google employee John Muller answered a question about using the URL Settings tool. So, one of the webmasters asked whether Google takes into account these settings, or they are needed only for site owners. In response, M...
Mailchimp launches a full-fledged marketing platform.
Mailchimp’s email newsletter has announced the launch of a full-featured small and medium business marketing platform . Among the new features – a section for managing sites, functionality for posting in social networks, smart recommendations and other innovat...